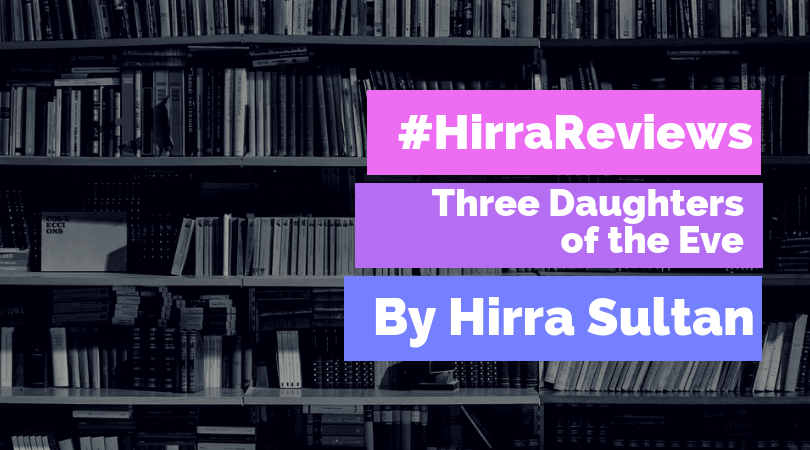 #HirraReviews: Three Daughters of the Eve by Elif Shafak

The three other prominent characters are ladies. But the theme is not women, their rights, issues, or anything remotely feminine. Instead, the novel talks about differences. Of East and West. Of Leftist and Rightist. Or Democracy and Monarchy. Of black and white, and everything that's left in between.

Elif Shafaq is a Turkish-British novelist, essayist, academic and public speaker. She actively works for women’s rights and is a visiting professor at Oxford University. She has 16 books to her name, out of which 10 are novels. She has received numerous awards for her work and has a worldwide readership.

From the sound of it, Three Daughters of Eve seems to be a women centric novel. In some ways it is. The protagonist is a lady. The three other prominent characters are ladies. But the theme is not women, their rights, issues, or anything remotely feminine. Instead, the novel talks about differences. Of East and West. Of Leftist and Rightist. Or Democracy and Monarchy. Of black and white, and everything that’s left in between.

The novel primarily talks about the conflicts two extremes delve into. It starts with Peri, Nazperi, the protagonist. Her family is divided into two camps, one orthodox Muslims, the other logical thinkers. Though she found none of them altogether wrong, she was supposed to choose and in this battle of ideologies pretty much lost her childhood and her elder brother. Her favorite brother.

Later, while studying at Oxford University, she found herself in the same situation. Her friends and housemates had contrasting views on religion though all of the three were Muslims. Mona was a staunch Muslim, Shirin utterly opposite. As the two used to debate their conflicting ideologies, it lead to heated arguments, and in between Peri found herself torn.

The three friends are aptly named; The Believer, The Sinner and The Confused. Till the very end Peri is not able to find an answer to her confused state. If God did everything, why did He make people suffer? Why didn’t animals have a place in heaven? What was God? Is the existence of God even true? 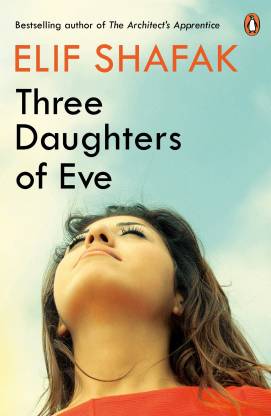 In the novel, the protagonist asks bold questions and finds friends and a professor who encouraged her to do the same. In our case, our society, critical thinking is a shame. All questions pertaining to religion are blasphemy. Nonsense. It is like questioning the God himself. But religion is not something that can be inherited. That only makes a person do certain things, prayers and the like, habitually with no real significance. Yet, all questions are dealt with a single answer, “You do not question religion!” But nobody thinks how someone is meant to have faith and belief in things that make no sense and cannot be questioned either.

As also asked in the book, if the God is merciful, how can He let innocents die such cruel deaths and suffer for sins they never did? How, if everything is predetermined, is one responsible for his acts and fit for hellfire? How someone is liable to hell despite being the best a human can be, only because he believed or called God by a different name? What defined infidels? Were the people of faith really worth what they have been promised? Is there afterlife at all?

There are numerous questions and very few answers, if there are any. Most of the religious scholars are not ready to entertain such questions. And that is what parents teach their kids, to forget reason and logic. All one is supposed to do is follow without a question.

The same goes with politics. The conflict that this land has been in, what fragment of history tells the truth? Why the partial amnesia that we, as a society, delve in? Why is all this bloodshed necessary? If we are trying to attain freedom, how can we do that by sitting home? If we do attain freedom, are we economically sound enough to survive? If another country, another neighbor were to attack, are we prepared? Is abhorring the main stream politics the only way? Can boycotting elections prove anything? Do they even achieve a remote goal? Why isn’t going out in hoards and voting better? Why can’t we vote for “none of the above”? How is boycott a better solution if they would elect someone even if by a single vote?

Is our leadership, the ones who say they are spearheading the freedom moment ready to listen to the questions? Have they themselves pondered over the feasibility of their plan? Have they ever wondered if there is any better method of execution? Of attaining what we must? Do they even have a plan?

The society is somehow divided into two again. One blindly following the separatists. Never questioning, never arguing. Always doing what they say. The other staunchly in favor of the oppressor. Unable to see a future without them. And in between remain us. We, the confused. We, who don’t side with any group. We, who seek answers.

The book makes an amazing read, encouraging the people who question and prompting those who don’t to question too. As in the last conversation between Peri and her professor, “Only those who pursue a truth bigger than themselves have a chance to attain it”.