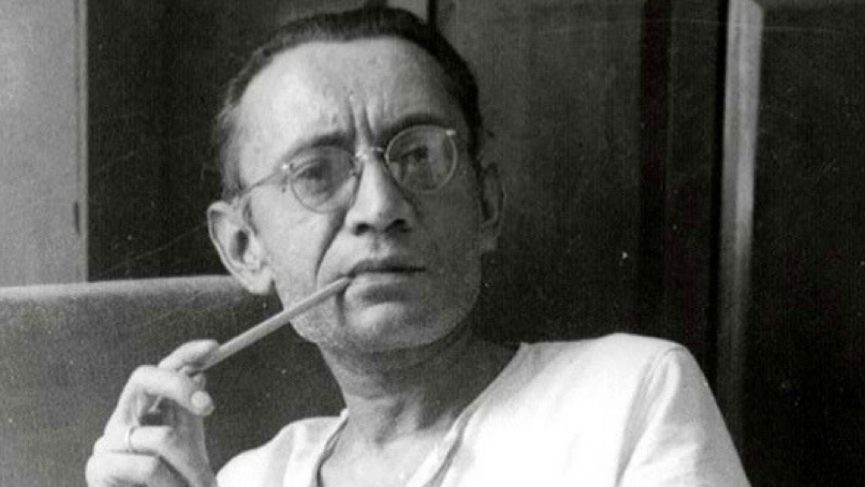 This is the first letter I'm sending you. By the grace of God you're considered very handsome by the Americans. Well, my features are not exactly bad either. If I go to America, perhaps I'll be accorded the same status. But you're the Prime Minister of India, and I'm the famed story writer of Pakistan. Quite a deep gulf separating us! However, what is common between us is that we are both Kashmiris. You're a Nehru, I'm a Manto. To be a Kashmiri is to be handsome, and to be handsome... I don't know.

I have a long-cherished desire to meet you. (We might yet meet during our lifetime.) The older people from my side often meet those from yours. But so far I have not had any opportunity to meet you. What a great pity that I've not even seen you! Of course, I've once heard you on the radio.

As I said, I've long harbored this desire to meet you. Being Kashmiris, we're bound together. But now I wonder where the need is. One Kashmiri does run into another in bylanes or at crossroads.

You settled on the bank of a nahr [river] and came to be known as Nehru. I ponder how I became a Manto. You may have visited Kashmir a million times. I could just go up to Banihal. My Kashmiri friends who know the Kashmiri language tell me that Manto means "munt," i.e., a measuring stone weighing one and a half ser! I'm sure you know Kashmiri. If you take the trouble to write a reply to this letter, do write to me about the origin of the word "Manto."

If I'm just one and a half ser, then there is no comparison between us. You're the whole stream while I'm just one and a half ser! How can I take you on? But we both are the kind of guns that--as the well-known proverb about the Kashmiris goes--"take a shot in the dark." Please don't take it amiss. When I heard this so-called proverb, I felt terrible. But I mention it light-heartedly because it sounds interesting. Otherwise we both know that we Kashmiris have never accepted defeat in any field.

In politics, I can mention your name with pride because you know well the art of contradicting yourself. To this very day, who could beat us Kashmiris in wrestling? Who can outshine us in poetry? But I was surprised to learn that you want to stop rivers from flowing through our land. Pundit-ji, you're only a Nehru. I regret that I'm just a measuring stone of one and a half ser. If I were a rock weighing thirty or forty thousand maunds, I would have thrown myself into the river so that you would have to spend some time consulting with your engineers about how to pull it out.

Pundit-ji, there's no doubt that you are a great personality. You are the Prime Minister of India. You are the ruler of the country that was formerly mine. You are everything. But pardon me if I say that you have never cared for this humble person.

I would like to tell you an interesting anecdote. Whenever my late father--who was, obviously, a Kashmiri--ran into a hato, he would bring him home, seat him in the vestibule and treat him to some Kashmiri salty tea and kulchas. Then he would tell the hato proudly, "I'm also a kosher." Pundit-ji, you're a kosher too. By God, if you want my life, it is yours for the asking. I know and believe that you've clung to Kashmir because, being a Kashmiri, you feel a sort of magnetic love for that land. Every Kashmiri, even if he has not seen Kashmir, should feel this way.

As I've already mentioned, I have been to Banihal only. I have seen places like Kud, Bataut and Kashtwar. I have seen their poverty alongside their beauty. If you have removed this poverty, then keep Kashmir to yourself. But I'm sure you cannot do it, despite being a Kashmiri, because you have no time

Between us Pundit brothers, do this: call me back to India. First I'll help myself to shaljam shabdeg at your place and then take over the responsibility for Kashmiri affairs. The Bakhshis and the rest of them deserve to be sacked right away. Cheats of the first order. For no reason, you've given them such high status. Is that because this suits you? But why at all ... ? I know you are a politician, which I am not. But that does not mean I don't understand anything.

The country was partitioned. Radcliffe put Patel to do the dirty work. You've illegally occupied Junagarh, which a Kashmiri could do only under the influence of a Maratha. I mean Patel. (God forgive him!) You are a litterateur in English. Over here, I write short stories in Urdu, a language which is being wiped out in your country. Pundit-ji, I often read your statements which indicate that you hold Urdu dear. I heard one of your speeches on the radio at the time the country was divided. Everyone admired your English. But when you broke into socalled Urdu, it seemed as though some rabid Hindu Mahasabha member had translated your English speech, which was obviously not to your liking. You were stumbling on every sentence. I cannot imagine how you agreed to read it aloud.

It was the time when Radcliffe had turned India into two slices of a single loaf of bread. It is regrettable that they have not been toasted yet. You're toasting it from that side, and we, from this side. But the flames in our braziers are coming from outside

Pundit-ji, this is the season for babbogoshas. I've eaten lots of goshas, but I long to eat babbogoshas. What injustice that you've given Bakshi all the rights over them and he does not send me even a few as a gift! Well, let the gift go to hell, babbogoshas too.... No, on second thought, let them be. Actually, I wanted to ask you: Why don't you read my books? If you've read them, I'm sorry to say that you've never appreciated them. However, it is more regrettable if you have not read them at all, because you are a writer yourself.

I have one more grievance against you. You're stopping water from flowing in our rivers, and taking a cue from you, the publishers in your capital are hurriedly publishing my books without my permission. Is this proper? I thought that no such unseemly act could be perpetrated under your regime. You can find out right away how many publishers in Delhi, Lucknow, and Jallundhar have pirated my books

Several suits have already been filed against me on charges of obscenity. But look at the injustice that in Delhi, right under your nose, a publisher brings out the collection of my stories and calls it The Obscene Stories of Manto. I wrote the book Ganje Farishte. An Indian publisher has published it as Behind the Curtains.... Now tell me, what should I do?

I've written a new book. This letter addressed to you is the preface to it. If this book, too, is pirated, then by God I'll reach Delhi some day, catch you by the throat and will not let go.... I'll cling to you in such a manner that you will remember it your whole life. Every morning you'll have to treat me to salty tea along with a kulcha. Shaljam shabdeg, in any case, will have to be there every week.

As soon as the book is out, I'll send you a copy. I hope you will acknowledge receipt and let me know your opinion of it.

You may smell the scent of burnt meat in this letter of mine. You know there was a poet in our Kashmir, Ghani by name, who was well known as "Ghani Kashmiri." A poet from Iran came to visit him. The doors of his house were open. He used to say, "What's there in my house that I should keep the doors locked? Well, I keep the doors closed when I'm inside the house because I am its only asset." The poet from Iran left his poetry notebook in the vacant house. One couplet in that notebook was incomplete. He had composed the second line but could not do the first one. The second line ran thus: "The smell of kebab is wafting from your clothes." When the Iranian poet returned and looked in his notebook, he found the first line written there: "Has the hand of a blighted soul touched your fore-cloth?"

Pundit-ji, I am also a blighted soul. I've taken issue with you because I am dedicating this book to you.

--Translated from the Hindi version of the original Urdu by M. Asaduddin